A new wave of disease has alarmed in India as the world struggles with the coronavirus outbreak. Black fungus can be life-threatening, affecting the sinuses, brain and lungs. The eye disease “mucormycosis”, known as black fungus, has been seen in people who have been treated for Covid-19. Facial swelling and black lesions are among the signs of infection. So, what is black fungus disease (mucormycosis), what are the symptoms? Here is the black fungus disease that worries India..

WHAT IS BLACK FUNGUS (MUCORMYCOSIS)?

With its medical name ‘Mucormycosis’, Black Fungus is a very rare infection. It is usually caused by exposure to mucor mold, which is found in soil, plants, manure, and rotting fruits and vegetables. Affecting the sinuses, brain and lungs, Black Fungus can be life-threatening in people with diabetes or severely compromised immune systems, such as cancer patients or people with HIV/AIDS.

Mucromycosis, the rare and deadly condition also known as “black fungus,” is caused by naturally occurring molds known as mucromycetes, which can kill people with a weakened immune system. Symptoms of the disease include darkening or discoloration, blurred or double vision, chest pain, breathing difficulties, and coughing up blood. 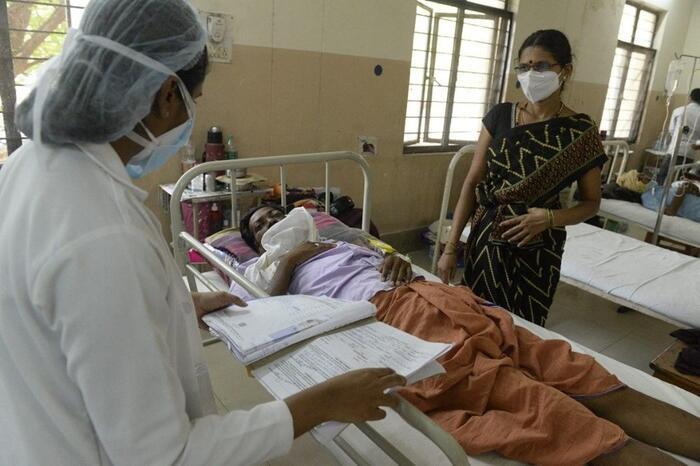 WHAT ARE THE SYMPTOMS OF BLACK FUNGUS DISEASE?

– Indian doctors reported that the country has set a new record in the seven-day case rate.

-Facial swelling and black lesions are among the signs of infection. In some sources, it has been suggested that darkening or color change, blurred or double vision, and chest pain may also be symptoms.

The infection enters a person through a cut or respiratory system and enters the bloodstream and can spread to the heart, brain and lungs, among other vital organs.

Black fungus is causing severe damage, especially to patients who have had COVID-19.

– Experts state that the infection is triggered by the use of steroids in COVID-19 patients.

– The patient who recovers from COVID-19 may die due to black fungus.

Doctors and health officials are warning of the lack of the amphotericin B antifungal drug needed to treat black fungus infections.

WHY IS BLACK MUSHROOM CAUSED?

Doctors believe the epidemic was caused by the steroids used to treat severe Covid-19 because the drugs lower immunity and raise blood sugar levels.